What is Windows 10 Ameliorated Edition?

To ameliorate means to purify, improve and make better in some way. Windows 10 Ameliorated is precisely that. To achieve this state of Windows 10,  AME uses many scripts that remove and disable the bloatware and spyware in the original Windows 10 by Microsoft in the proper order.

You can download an ISO of the whole OS purified or build one by yourself. Windows 10 AME is an open-source project shared on Github.

Whatever you do, NEVER, EVER use this command in the console:

This command that’s supposed to restore and repair broken Windows components brings back the Microsoft circus that comes with the repairs, including edge browser, Microsoft weather and other botnet and spyware. I just had to back up everything and reinstall.

Why do I still have an active Windows installation and didn’t switch to Linux?

It’s 2021, and I’m finally installing Windows 10 for the first time on my main PC. I bought a new laptop, and Windows 10 came as a preinstalled OS. I still need to use some Adobe software, so that’s the main reason I wanted to have a working copy of Windows.

With that said, Windows 10 by Microsoft is complete bloatware and spyware. It’s slow and consumes a lot of RAM and CPU when idle. It’s forcing updates at unfortunate times even though the user disables them. Nothing to like about it. Yeah, but there is an alternative, and it’s called Windows 10 Ameliorated edition. These are a bunch of scripts that change the game. Read more to understand how it works.

It’s the same operating system, but here’s what changes:

With that said, if you can live with it, here are the advantages you trade for all your discomfort:

Who is Windows 10 Ameliorated for, and why choose it?

I would choose the AME version of Windows because I want the OS to respect my privacy if you don’t wish Microsoft to spy on you or collect information about every button you press. Windows 10 AME is for you if you don’t like being tracked and “suggested” what’s better for you, based on your actions. If you still want to use some program configurations that you have preconfigured back in the days on Windows 7 but with the newer updated and supported software versions.

Is Windows 10 AME safe to use?

NO. But it’s way better than the bloated version of windows Microsoft presents you with. Here is a list of  the things that concern me:

That’s it. That’s my only concern. Keeping in mind that Windows 10 AME is illegal is important! Microsoft is not officially supporting and updating it. Yes, it’s open-source and shared on GitHub, but if you aren’t a programmer and paranoid, use Ubunto Linux or any other user-friendly distribution.

It’s essential to understand that Windows, regardless of its modernity and the patched state, can’t be taken as an impenetrable platform. If privacy and security are two of your essential concerns, you should no longer use AME or Windows in general!

How to add an input language to Windows 10 Ameliorated with Powershell?

Generally, in Windows 10 AME adding language using the GUI could be impossible if installing it from an ISO. By following the official AME documentation, you’ll be able to add a custom language to the keyboard and the input languages.

Don’t forget to return the user account to its previous state:

Advanced ways of changing the primary language and forcing an input alternative.

In my case, this wasn’t enough. I was looking for a way to change my input method to “Bulgarian Phonetic Traditional” by using the Power Shell and keeping “en-US” as a default input. First, open the Microsoft website and look for your input language code. Then substitute it in the following code:

Is an Open Shell update on Windows 10 ameliorated usual? 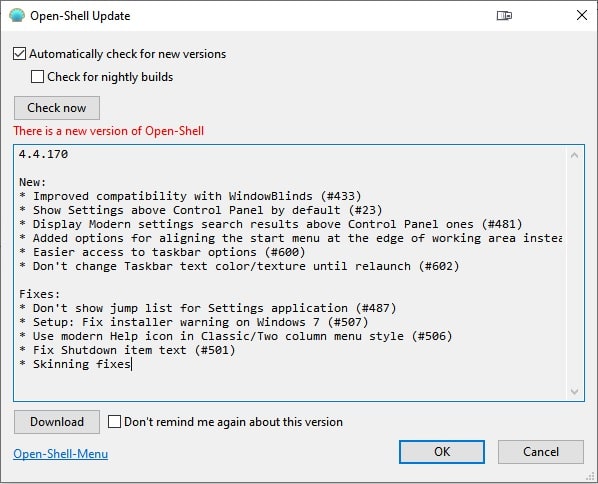 Open-Shell is an open-source menu for Windows 10, developed by Ivo Beltchev. You can find it on GitHub. Yes, we can expect this behaviour. You can either update it or not. Whatever your decision is, it won’t break or mess up your current installation.

This batch file will automate some processes for you with Windows 10 AME. I’m not the code author, but I wanted to save it somewhere so I can also download it if needed. So enjoy the share. After a search, you can find the official file on the AME Telegram channel. It’ll help with:

Windows was a great platform back in the day. Linux was better. Linux is still better now with a powerful graphic user interface. If you are a new user who wants to enter this new world of Linux, look at Kubuntu with KDE. If you need Windows 10 to comply with some software that can’t run on another operating system, Windows 10 Ameliorated is your best choice. Please let me know what you think about Windows AME in the comments below.

PrevPreviousI’m 27 and I just got my motorcycle driver’s License today
NextHow I fixed my sleeping problems and insomnia. – A working tutorial!Next